Samsung is updating its Galaxy A series of smartphones with numbers of features. Samsung has announced that the company will be bringing many features from its S7 lineup to Galaxy A series. The company will boost 5.7 – inch A7, 5.2 – inch A5 and 4.7 – inch A3 mid – range devices with the upgrades. The devices(Samsung Galaxy A) that shall come to market with start of 2017 will come with 16 megapixel front and rear – facing camera, support for microSD cards, dust and water resistance and many other features. Samsung hopes for boosting the sales with upgraded Galaxy A series. The company faced huge financial blow in 2016 with Galaxy Note 7 turning thorn in the boots.
The sales of the upgraded A series phones are set to begin from Russia. The customers in Russia are going to be the first ones to have hands on the phones. They shall be able to purchase the Galaxy A phones early this month. The market is set to expand soon. 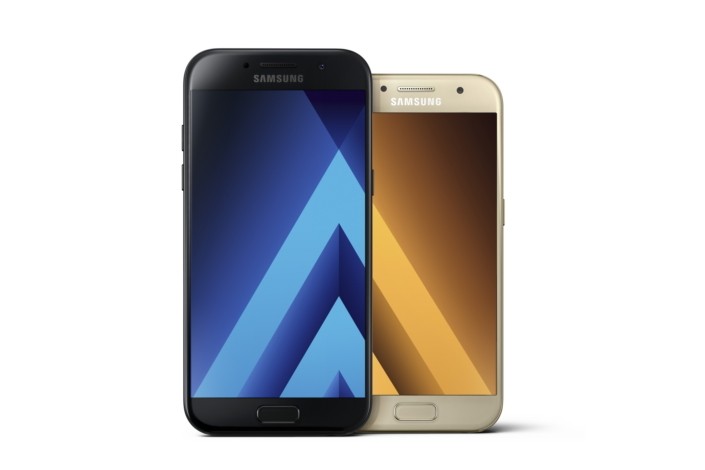 The Galaxy A phones will be available with exactly what were the features to applaud in Galaxy S7 and S7 edge, the latest version of its flagship smartphone. And with huge success of S7 and S7 edge, the company hopes for Galaxy A phones to find significant space in the market. With all the standout features now integrated in the A series phones, they now become markets’ charms. Galaxy A phones are now hard to turn down phones if you look at the features: an improved camera, capable of quickly snapping quality photographs in low-light condition, along with an updated user interface. The microSD slot will now let you get acquainted with huge memory. You shall also be able to expand the memory up to 256 GB. Moreover, the Galaxy A series feature fast charging, USB Type-C and Samsung Pay.

GALAXY A Series Updated Officially with Water Resistance and USB-C

The company doesn’t stop here. A security feature from the Note7 has also been integrated in the upgrade. The updated A series come with security feature: Secure Folders. Your files and folders are now secure for your personal use as you can compartmentalize them and make accessible only to yourself. With the help of security system like patter, PIN and biometric authentication, you can safely backup your essential documents. You can store a copy of your passport, financial documents and applications, address book and all other confidential and important files. This makes A series phones the first non-Note devices to receive this security feature.
The Galaxy A series phones are available in four variations in terms of colors. You shall find the devices in the market in black sky, gold sand, blue mist and peach cloud colors.
The latest A series also make to the IP68 rated phones list. Previously, Samsung’s S series and now defunct Note 7, were the ones in the company’s line to receive that rating. With the company now looking forward to introduce top-notch phones and upgrade existing ones, all future products are likely to have this rating.

Thank you for subscribing.

we respect your privacy and take protecting it seriously